Who is Karen Paolillo ?

Karen Paolillo is the Founder of the Turgwe Hippo Trust, she is an author and was born in the UK, but has lived in Zimbabwe for most of her life.

As a little girl growing up in the UK, I told my Mum that one day I would live and work with wild animals in Africa. At that time I was horse mad and anything pony or horse caught my attention and fueled my passion.

Her father was a vet and her mother, when Karen was very young, was manageress of Pets Corner at Woburn Abbey, in Bedfordshire. Karen grew up surrounded by animals and learnt at an early age to identify all species of deer that roamed the Park, as well as fall in love with a Welsh Mountain pony called Kuchek.   She decided from an early age, after having joined a Circus during her school holidays where she was horrified at how the animals lived, that one day she would work and live in Africa with wild animals.

Her first two totally different professions were as far removed from animals as they possibly could be, but they taught her a lot. She initially trained as a journalist and then entered the most artificial of all worlds: a casino, to become a croupier. Like a tortoise, she developed a tough and hard outside shell, but inside she was still soft and vulnerable. This tough exterior later helped her to survive the challenges that sometimes Africa can throw at you.

Animals are not red in tooth and claw like the documentaries lead us to believe, but man certainly can be, and life in Africa can be filled with hidden dangers where one’s life is even threatened. It is a place that is still wild and its people and animals are not all in comfortable homes, or in a cage; they live wild with the land in a way that has been lost to so many in first world countries. 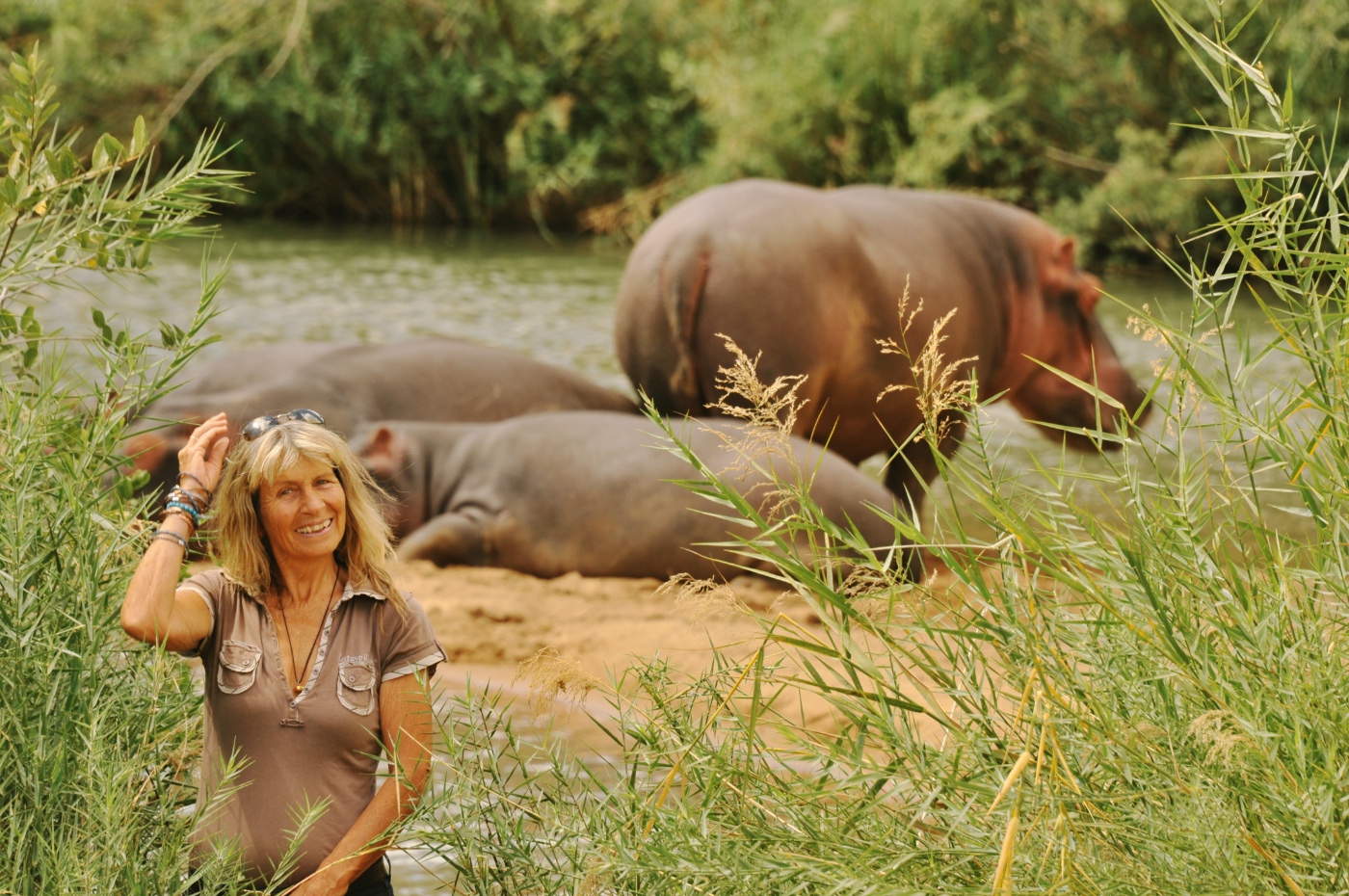 Finally in Zimbabwe Karen found a person prepared to accept the new concept of a girl working with wildlife in the bush as a tourist guide. At that time girls worked in catering or management, but not physically in the bush as guides. She sat the National Parks Professional Guides’ license exam. She was the first girl ever to sit the exam, and she passed. This allowed her to take people in the bush to take photographs as she was their guide showing them the wild animals. She worked for a while as a guide but realized it involved more time with people and looking after them than actually being with the animals. She wanted more.

Fate, destiny or the Universe delivering, whatever you see it as, found her in 1990 alongside her French husband living and camping in the bush of the south east Lowveld of Zimbabwe, with their nearest neighbors being two families of hippos living in the Turgwe River below their camp. She had turned down an offer by the famous George Adamson of Born Free fame to work with him in his lion rehabilitation project, to marry Jean-Roger, letting her heart rule her head.

This decision brought them to where they live now. To everything that stemmed from that decision, and Karen now spends every day as the Founder of the Turgwe Hippo Trust living her life for the wild animals. She is following her passion.

Who is she? Karen Paolillo is a woman who is living her childhood dream, not just protecting the hippos but all of the wildlife in the area with the projects that the Turgwe Hippo Trust carries out for their safety and the animals’ future lives.