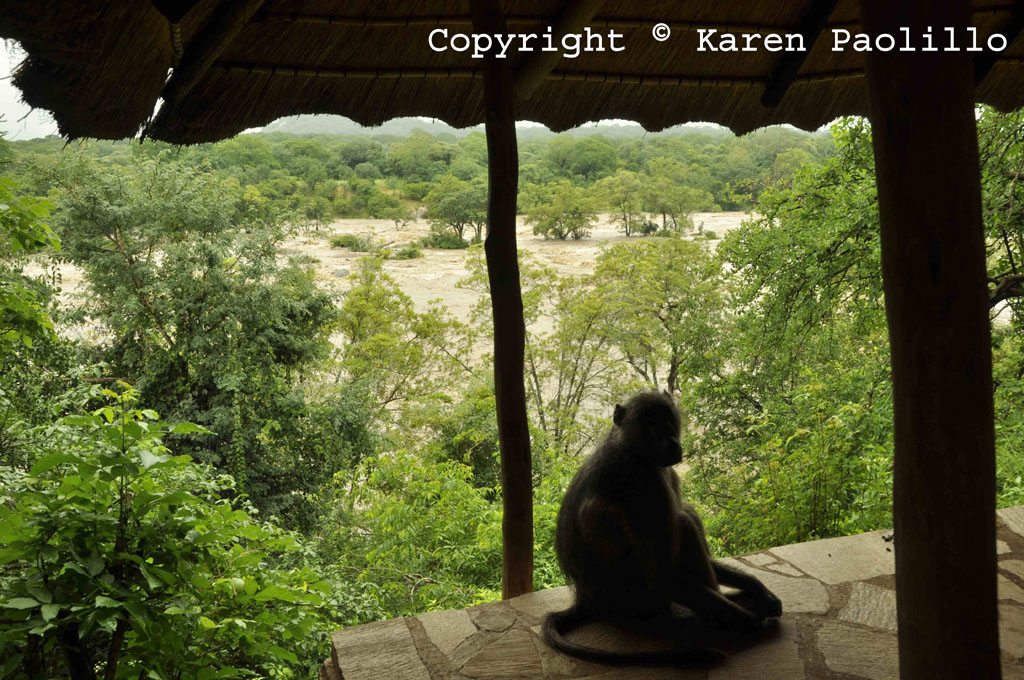 Some  of the resident troop of Chacma baboons that share the Paolillo’s life at Turgwe Hippo Trust are stranded in a tree in the flooded Turgwe River.
Later Kuchek hippo arrives back at the river after 2 weeks of not one single hippo in the area.  The same day excellent news a new baby hippo has been born.  Calf has not yet been seen but the mother will be Dizzy, Kiboko or Relief.  Tracks of the newborn are shown on the video to show how tiny a hippo calf is. 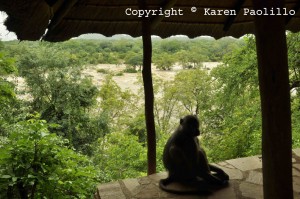 Yoyo in the gazebo in front of the flooded Turgwe river 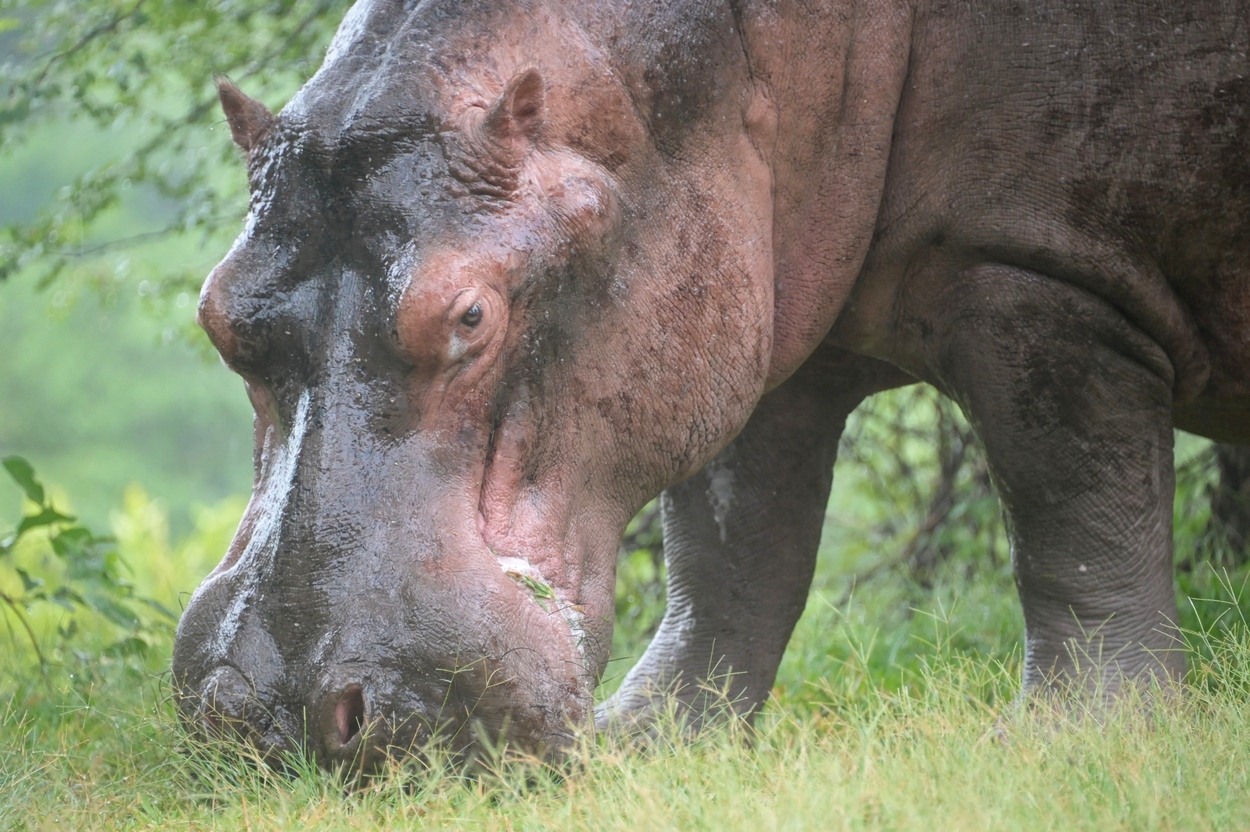