Herbert attacked by a crazed bull 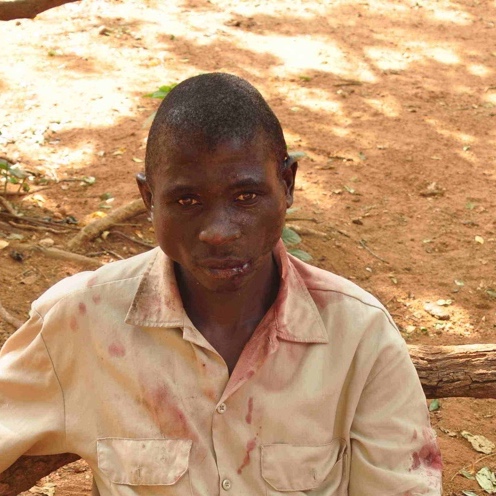 Today we had a miracle in that I thought our head game scout (Herbert) was dead.

He and Elijah went on patrol and at 7.am Elijah came home to tell me that they had been attacked by a buffalo. (Now only about 5 days ago, a man had been killed by a buffalo just about 7kms from us, about 5miles.)

Turgwe Hippo Trust scouts had actually found the place where he had been killed but his body had already been recovered by National Parks and Police after they were told of the incident. So we knew there was a rogue buffalo in the area and the scouts know that if they are charged by a buffalo they must climb something very high, preferably a kopje (small mountain).

This a.m as they reached one place about 2km from home they heard suddenly an angry noise in the bush and out charged the buff. It went for Herbert who fell into bushes and then it started to attack the bushes and saw Elijah running so it went after him. He got away and in the meantime unbeknown to Elijah. Herbert managed to climb a nearby kopje and found a hole next to a big rock as he got to it the buffalo came back. It proceeded to attack the rock and the bushes around the hole. Herbert squashed himself lying flat into the hole and the buff’s leg, from I think digging, hit Herbert on the right side of his head. Also bruised his leg and Herbert managed to poke the stick he was carrying at the buffalo’s eyes.

The buff then went off.

Herbert waited listened and eventually climbed higher saw that it was gone and managed to walk home. In the meantime I had been helped thankfully by Lara Clemence who is part of the anti poaching rhino protection setup in the Conservancy. We do not have phone signal here so I got her on FB messenger (thank you FaceBook) and she managed to contact our neighbours Humani who sent the police and National Parks, as well as their head scout Stanley and a couple of other scouts. They arrived about 3 mins after Herbert had walked in maybe around 9.30a.m They then took Elijah and went back to the area to kill the buffalo.

This is essential as when a buffalo kills someone there is usually a reason and this buff was very aggressive so had to be put down. They have just come back at 1pm the buffalo has been shot. National Parks scouts are at present with the carcass. The reason for this buffalo’s anger of killing a man and of trying to kill Herbert was because HE WAS CARRYING A SNARE on his one leg. So he was probably in agony and so would be very angry and angry buffalo’s kill people.

Herbert has refused to be taken by me to Chiredzi Hospital. As he was there a couple of weeks ago for malaria and he was absolutely horrified by the conditions there. I will not go into detail as Jean-Roger is not here but due home tonight so if he thinks that Herbert must go to see a doc then we will go tomorrow a.m to see the local doc 2 hours away. 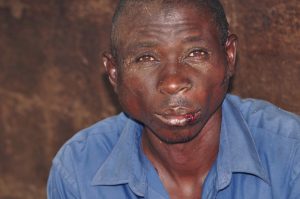 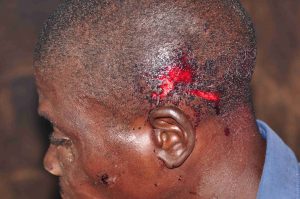 I think Herbert is OK does not seem to be in shock. I have cleaned him up and given him pain killers and sweet tea and coke. Now he just needs to recover. I have told him he is a MAN amongst Men. A brave LION.

He is the head game scout and in the past has been attacked by poachers and now a buffalo. Luckily the buffalo never managed to hook Herbert or touch him with its head.

He is a very brave Man. 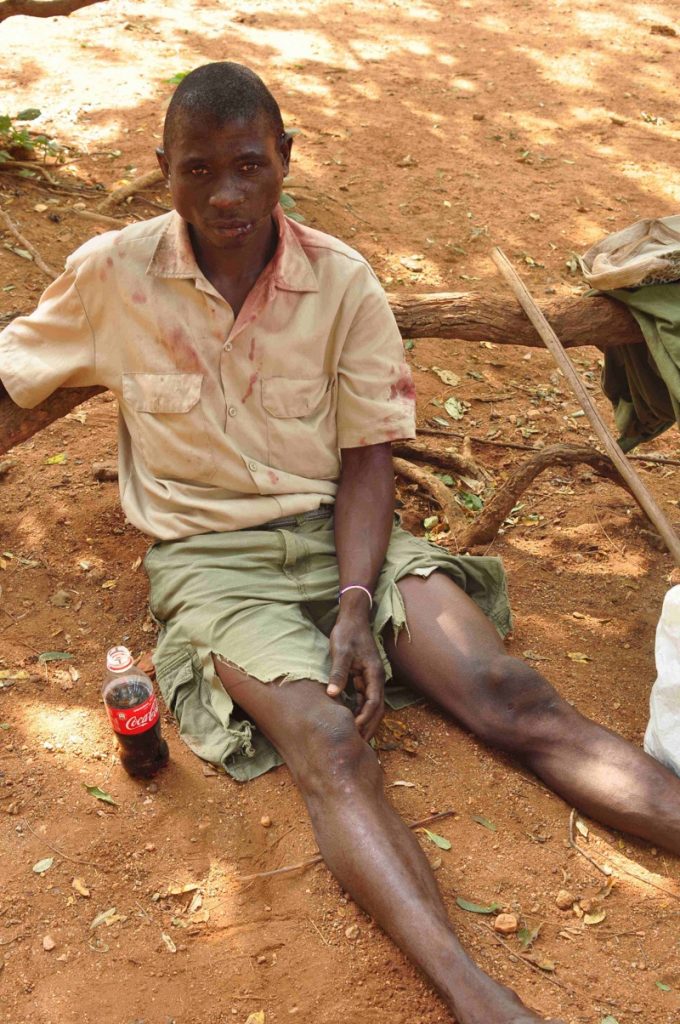 Love to all Karen and the hippos

← Prev: Elephants Sleeping April 2019 Next: Name the new baby with your preferred birthname - Draw is done! →