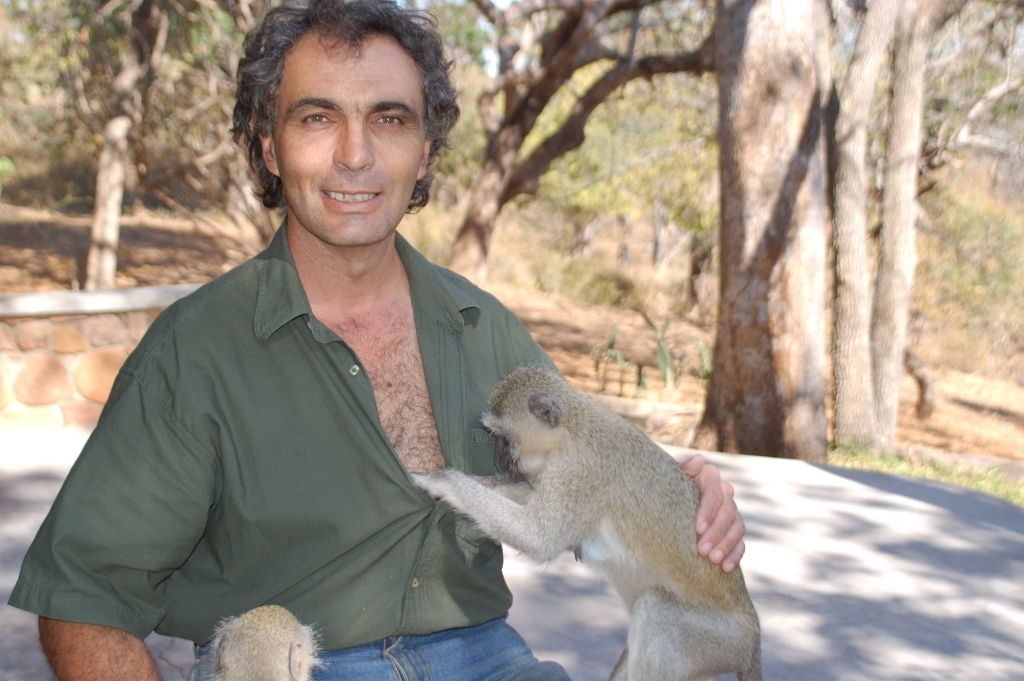 Had I not looked over my shoulder at that very second, the crowned eagle would have broken my neck. This feeling that someone is looking at you… Well, it does exist!
Wings wide open, talons extended, my head was the target. I know, because it was the only part of my anatomy sticking above the surface of the river. To be honest, I had not expected an air raid. I had been focusing on the crocodile whose eyes and nostrils were the only telltale signs of its presence some ten meters away. 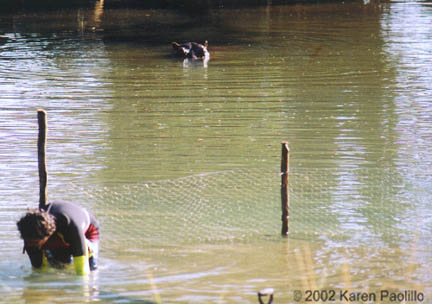 A “small” crocodile to be sure: a modest 1.5 to 1.8 meters long. Nothing to get excited about, really. Although I must say that even small, a croc sharing the same patch of river is unnerving. No good arguing though: from the bank, my wife had made it clear that I was a wimp when I dared complain about my bedfellow. In Africa real men do this all the time…

Manliness, or lack thereof notwithstanding, I had to make a quick decision, knowing I couldn’t keep an eye on both eagle and croc at the same time.

The bird was much faster, so the decision was made for me. Next question: should I go below the surface or rise above as much as I could? The nearby reptile decided for me.

Life was actually becoming easier by the microsecond!

I had never seen an eagle at close quarters putting on all available air brakes and wishing it were elsewhere, which is what happened when it saw that black, wet suit-clad figure rise from the pool. The bird floundered, almost stalled, but eventually managed a pretty mediocre landing on the tip of a nearby tree.

I didn’t feel like a god stepping out of the waters. I was, if truth were told, somewhat sick and tired of all the excitement. Sadly, I had only myself to blame. More specifically, my big mouth.
Unfortunate circumstances were barely a mitigating factor.

All the pools in the river got silted up, after a weir broke upstream during floods caused by a cyclone. Hence hippos who had been using these areas for years found themselves homeless.

How do you remove sand, a lot of it, in order to restore a semblance of habitat for hippos?

For my sins I am a geologist. I thought about it and came up with a brilliant idea, or so I thought at the time: a sand pump.

I should have known better. My wife organized everything, and here was a sand pump along with all the bits and pieces going with it. And only me available to operate it…

Starting operations with sand sparkling under ankle-deep, clear water is exhilarating. It works! Pretty soon you are holding the suction head chest deep in a perfectly shaped sand funnel. By the end of the first day though, you feel quite alone in the green murky pool you have dug.

The following days get worse: having to step gingerly into fairly deep, dark water, to resume work, not knowing what has decided to move back in during the previous night!

Hippos you can see. Crocodiles, you can’t always.

Everybody told me: “Don’t worry, crocs are shy and will get out as soon as you start the pump!” This again, was delivered in a knowledgeable voice…from the safety of the bank…

So I sucked sand, singing to myself the music of “Jaws”, just to boost my courage. After all, what was a crocodile compared to a great white shark? It could have been worse. Sure…

And hippos’ dung… Some people like the smell of it. My wife is one of them. But after removing by hand countless clumps of it, interstratified in the sand and threatening to block the suction, I was sick of the smell. Throwing the offensive mess as far away as I could, I decided that when I rule the world, hippos would be made to go to the toilet exclusively on land.

To make matters worse, animals are no dummies. Witness the hippo who, one afternoon, decided the area was large enough for his liking. Of course I was looking the other way. As I turned around to check who was visiting me, my sense of humor evaporated. When towering above you and coming to join you for a look-see, they are HUGE! We both got scared senseless and ran away in opposite directions. “But it was only a youngster!” my wife said.

I must nonetheless confess that after exhausting a life-time supply of adrenaline in a couple of weeks work, I felt ever so good when nineteen hippos were found one morning enjoying a full fledged pool again, playing like puppies.

Did I say puppies?