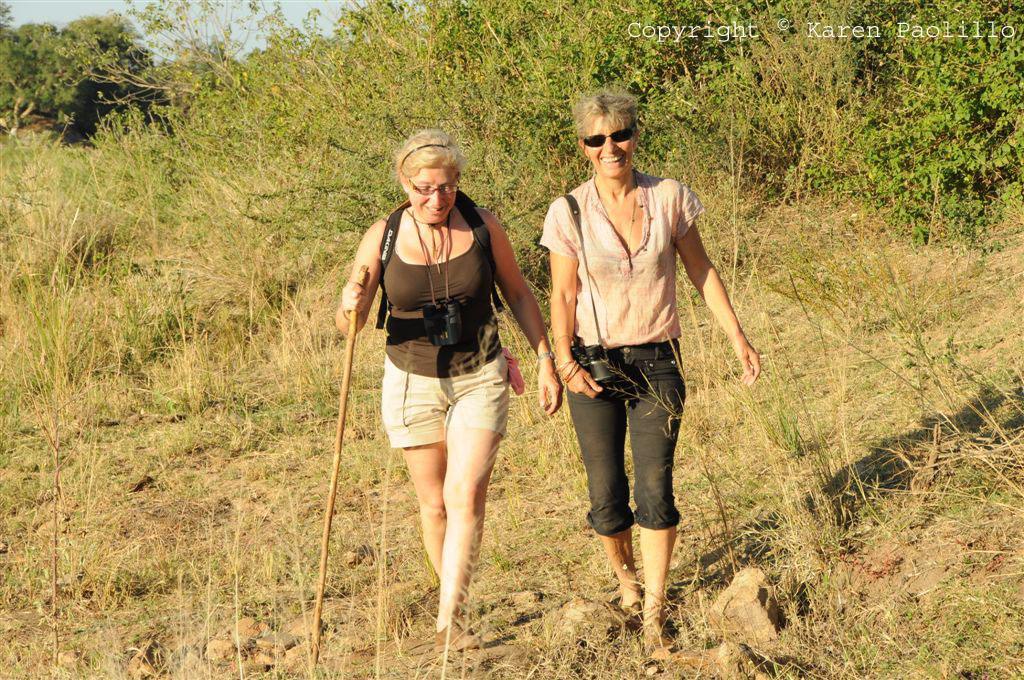 My love for hippos began in 1991 when I saw the Silentnight hippo and duck advert on TV and the soft toys they produced. For those of you who haven’t seen it, they show the hippo lying on the bed in sexy blue stripped PJ’s, next to a very small yellow duck. The bed has a revolutionary new spring system, so the hippo, weighing in at several tonnes, doesn’t roll over onto the duck! I cuddled the hippo the first time I saw the soft toy in a shop and was hooked for life. My collection started from there and for 20 years family and friends have known exactly what to buy me for birthdays & Christmases, providing they can find one I haven’t already got, as I had over 2000 in the millennium – I have since lost count. Collecting soft toys, ornaments, bed wear, mugs, stationary to name but a few is all well and good, but I soon wanted to know more about hippos, so I bought a couple of books other than the children’s fiction books that I had previously soaked up. This led me to want to adopt a hippo in the way anyone can adopt an elephant or a bear. It was quite a while before I found the save the hippo website. I soon realised that fostering a wild hippo was much preferable to adopting a zoo animal. For 4 years I fostered Climber until she left the groups that Karen monitors. I wanted another calf, so I could follow her development, but I also wanted a female as I didn’t want to see ‘my’ hippo injured or killed in a fight with another male over supremacy rights. Kiboko was the first female calf born in 2007. Her name means hippo in Swahili, it seemed right that I should choose this hippo as languages are my other love. I was over the moon when Karen contacted me to say that she was coming to England in 2006 to give a series of talks about her work, and one of those talks was going to be in the North-East. I wouldn’t have missed it for the world, but I never dreamt then that I would ever be able to visit Karen as she was visiting us. I’m not sure when I realised that it was possible, and that Karen would welcome visitors, but once I did my main task was to convince my husband that it was where we should spend our summer holiday!

It has been the most amazing experience and so totally different to anything I have ever done before. Until now holidays have been either skiing in the Alps or sunbathing on a Greek island. At hippo haven we stayed in a delightful cottage, with no electricity, just one gas light and several candles. The bathroom has just 3 walls, so you can sit on the loo and look down into the valley, but there’s no one about so no worries about privacy, unless you don’t like monkeys or baboons watching you! Jean & Karen have built a lovely house with a huge thatched roof, and they share it with 8 cats, most of them inherited. They also have one goat left, Felix who I loved feeding lemon biscuits to in the afternoon. Their extended family includes not only the hippos, but a large pack of baboons and Vervet monkeys, many of which have been given names to match their individual characters.

Karen is very flexible with her visitors; you can do as little or as much as you want. She and Jean patrol the area every day, sometimes with games scouts sometimes on their own. We were free to join them if we wanted. They took us on game drives so we could see as many different types of animals as possible while we were there. She is an excellent cook and manages incredibly well in spite of having to travel for nearly 2 hours to get supplies, and even then there’s no guarantee that she will be able to get what she wants due to the shortages that have become part and parcel of life in Zimbabwe. Jean has to spend a considerable amount of time on maintenance as appliances & equipment is fairly old and can’t be replaced, due to lack of finances.

The very first thing we did was to go down to the hippo pool and say hello to the hippos before it got dark. From then on we went down each morning and evening, so we could see them leaving the pool to go onto the island to sleep, and then return at about 4 in the afternoon. Some days they were livelier than others. Kiboko has always been camera shy, but she made a big effort on just my second day and came to the front of the group to see me and say hello. On one of our afternoon visits we arrived too late to see the hippos come into the river, but we got an even better prize. Kiboko swam over to us, then walked out of the river, along the edge and went back in further along. We both got some fantastic pictures of her. Karen said she had never done anything like that before – she must have known that she had a special visitor. This was just one of the highs for me.

Another high point for both my husband and myself was meeting Jimmy. Jimmy is a 4 year old rhino who was orphaned as a baby and hand reared by Karen’s neighbour Ann Whittall. Jimmy now lives in the wild, but returns most evenings to see if Ann has any supper for him. We spotted him in the bush when we were returning from a game drive. Jimmy came right up to the car to see us and allowed us to scratch his nose! He then followed us back to the farm where we fed him grapefruit.

We also had the honour of naming one of the baboons. Vixen, one of the most popular baboons was heavily pregnant when we arrived. During our stay she had her baby and brought him to see us within hours of him being born. We named him Terry, as we have Fox Terriers at home, and this fitted with the fox theme. Terry is a very bright baboon, eyes open straightaway, becoming more and more curious every day. We made sure that Vixen got plenty to eat, which wasn’t easy with greedy males like Bella & Yoyo around.

I also had a favourite monkey – Hazel, she sat on a branch right by the front door watching our every move, just waiting for someone to leave the door open so she could be in the house (it didn’t happen while we were there!). She’s fairly small and quite timid and wants nothing more than to be allowed to live in the house. She has to make do with biscuits whenever the others don’t steal them first. She didn’t take food as gently as some of the others, instead she snatched the food and made off before one of the others could take it from her, but she did allow me to stroke her whenever the others weren’t around.

Following Karen’s advice we had a couple of nights at the Victoria Falls on our way back. They are just as spectacular as people say and a must for anyone going to Zimbabwe. Life there is very different from in the bush and must be seen. My husband went up in a helicopter – that too was fantastic, and his photos have given us a living memory.

You might be wondering if there were so many highs, what were the lows? Well there weren’t any. It was all such a huge contrast with our life here in England, we learnt so much, about animals – Karen is an amazing safari guide and can recognise all birds, which animals have been along paths and when. She showed us how to recognise the signs of various animals. We also learnt about life in Zimbabwe and the enormous changes that they have been through since 2000 and the problems that the farmers are still facing, the poaching and the hunting. I can wholeheartedly recommend that you visit Hippo Haven and find out for yourselves.

Thank you Karen, Jean-Roger, Alex & Pam for making us so welcome and making it all possible.
Jenny Cookson-Teall, August 2010

Jenny sunbathing at their cottage and Bella Baboon arrives.

Jean-Roger,Jenny and Les and Yo Yo.

Jenny and Les and the biggest Baobab tree in Zimbabwe nearby Hippo Haven.

Jenny and Karen walking past the hippos island in the bush.

Jenny very close to her hippo Kiboko who is in the middle with Kuchek at the back behind her and Tacha and Tandee in front of her and Dizzy on the far right.

Jenny watching Kiboko about to enter the pool with Kuchek at the back.

Vixen with her first baby Terry here he is one day old.