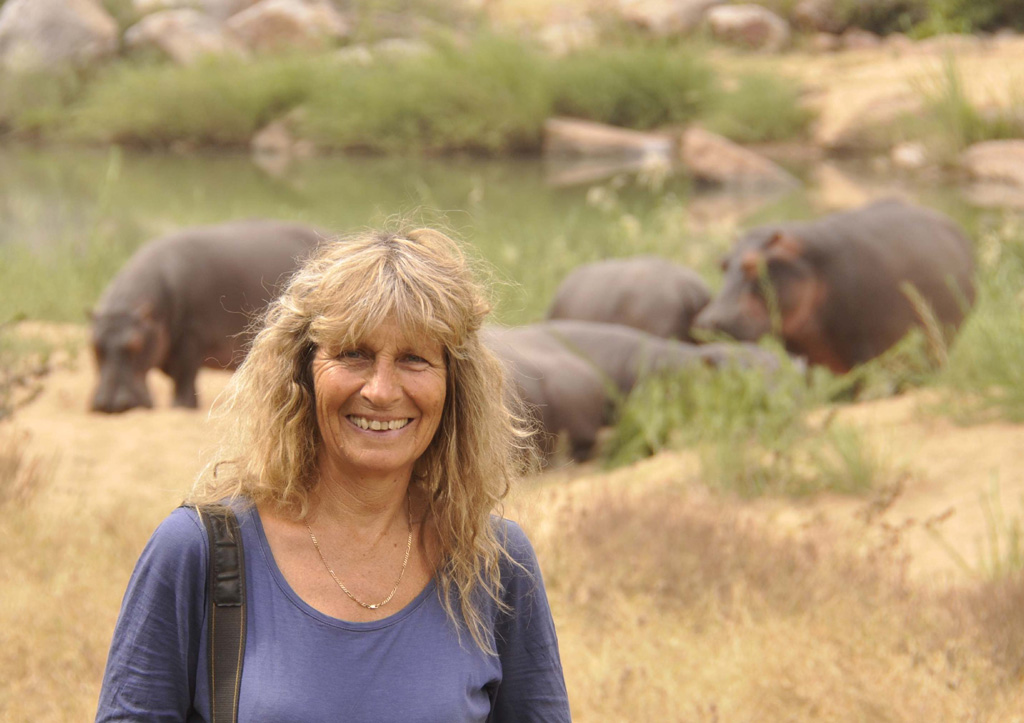 Karen Paolillo shows the close bond she has formed with the Turgwe Hippos over the last two decades. The hippos allow her to photograph and video while they are on land with her. Kuchek the young bull is now in charge of the family since the sad demise of Robin.

Robin we believe was accidentally killed by a female hippo who was not receptive to his advances. He had lived a long life and so as an old bull hippo he died a natural death and not at the hands of man.

His death is a huge hole in Karen’s heart but she knows she has to remain focused on the living and hopes you will enjoy seeing some of the young of the Turgwe Hippos in this small video.

Filmed and narrated by Karen Paolillo of The Turgwe Hippo Trust, Zimbabwe.