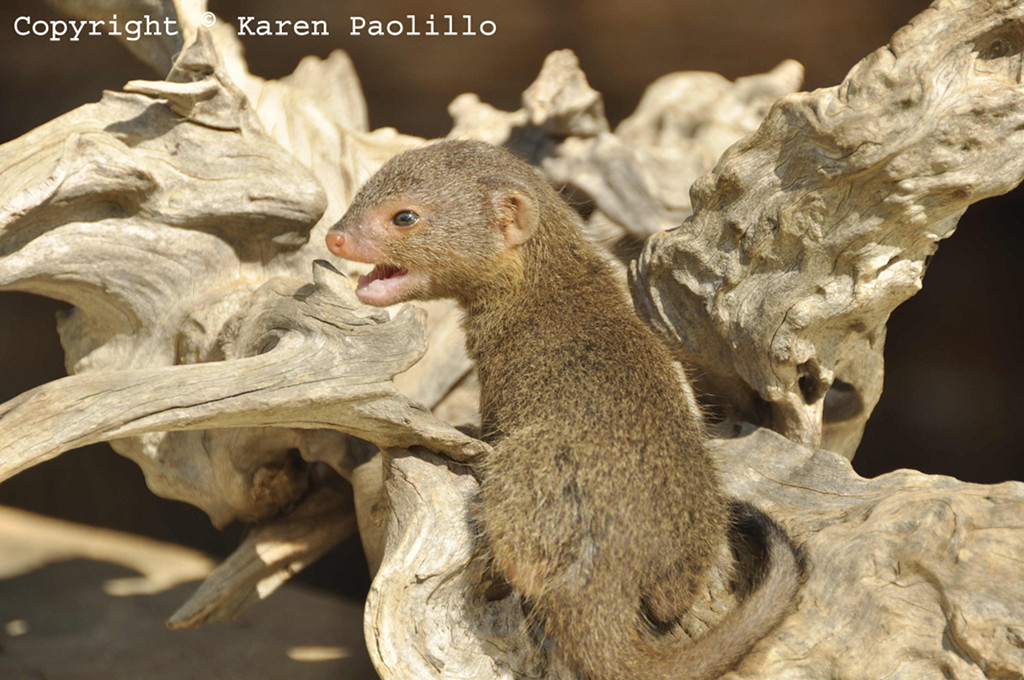 There’s never an ‘ordinary’ day in the life of raising a baby mongoose. Just ask Karen Paolillo, Founder of the Turgwe Hippo Trust. Since Karen began hand rearing an orphaned Slender mongoose named Squiggle at her home in Zimbabwe, there have been waves of laughter and joy. We first brought you news of this mongoose in April, and this little one has been very busy since then. 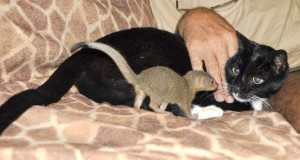 Squiggle is quite fond of Socks the cat and they often fall asleep together. 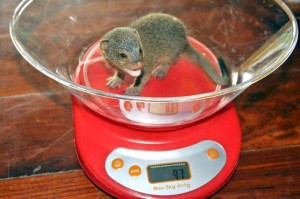 Squiggle baby was so light, so small

Squiggle’s behavior often resembles that of companion animals. She’ll carry toys in her mouth like a dog. She’ll try to suckle a soft blanket like a kitten. And, in fact, she often curls up next to Karen’s cat for naps.  But there’s also the wild side to Squiggle, one that Karen hopes will continue to surface as Squiggle matures, and the other day it took the form of Squiggle launching herself against a glass door in mock ‘attacks’ on a large baboon sitting on the other side. Take a look at the video below to see some of Squiggle’s latest antics, including not just her game with the baboon, but also a comical attack on a dusting tool and a proud victory as she successfully hunts a beetle on the ground.

As you can see, Karen’s backyard is a rather popular spot for wildlife such as the baboons who are being fed here.

“Normally baboons and mongoose coexist,” Karen explains. “With us having a troup of 45 here I do have to watch her when she goes outside as she is fearless but so far there have been no problems at all between her and the baboons or monkeys.  I think when she’s in the house she just likes to show the baboons who’s boss.” 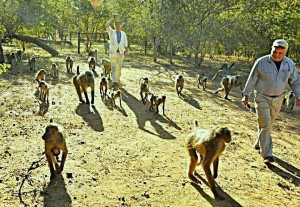