Africa Geographic : The hippos in the drought 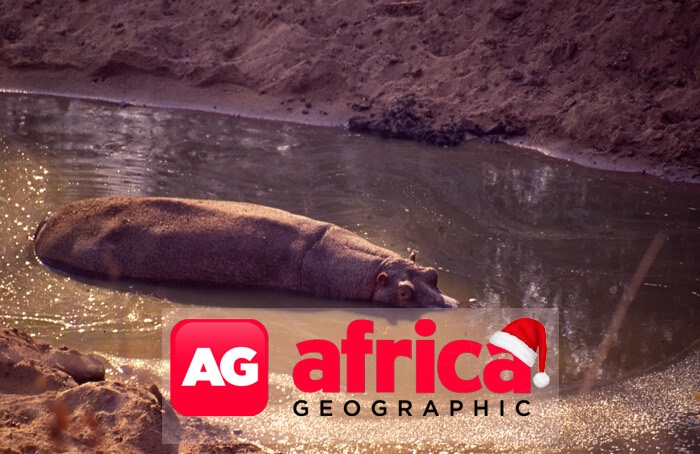 Africa Geographic has just released a new post on their blog.

I have lived through two droughts in the south-east Lowveld of Zimbabwe, witnessing first-hand the behaviour of the Turgwe hippos in dry spells. The first drought in 1992 was totally devastating over a period of 10 months. The second in 2013 was less severe and localised to small areas, but in each drought the hippos were affected by local cattle encroaching into their grazing areas. 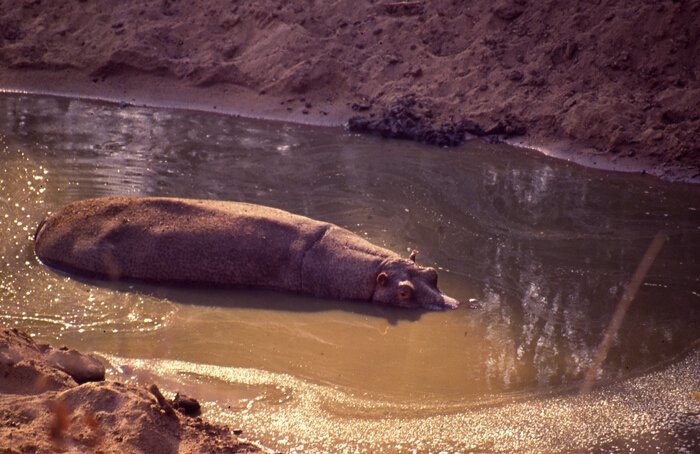 This year El Nino has taken its toll on southern Africa, and the hippos, along with substance farmers, are suffering.

Hippos suffer on the same scale as any other large herbivore during drought periods. Their size necessitates a minimum consumption per 24-hour period of 45kg of grass per adult animal, which will also drink up to 200 litres of water in the same period.

Usually in a drought scenario the temperatures are much higher than normal, so the wildlife are suffering not just from lack of food and water but a lack of energy. Any energy that they have is destroyed by the extreme heat.

In the Lowveld our annual rainfall over the last few years is around 450mm. During droughts the average is 75mm or less. 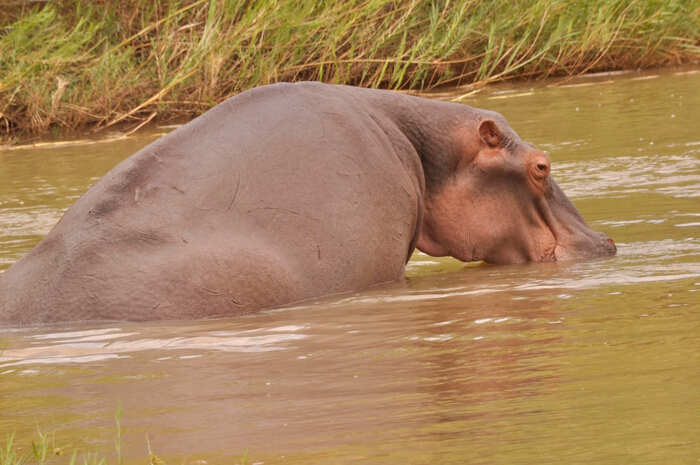 Hippos’ habitats shrink during droughts – rivers and pools breaking down to small areas, often just mud pools. Hippos often move into forested areas, as long as there is water for them to drink. If there is no natural forest area to shelter in and only a dried up pool, they have to move away or they will die.
They can survive not living in water, although their skin will burn. Although in times of greater sun exposure they do secrete a red liquid that acts a little bit like a sunscreen.

During droughts the first signs of hippos struggling will be with the lactating mothers. Their backbones appear razor sharp instead of the normal rounded hippo shape, they cease lactating and any calf under the age of five months will probably die. If the cow loses her milk, older calfs may survive if there is some grazing available. 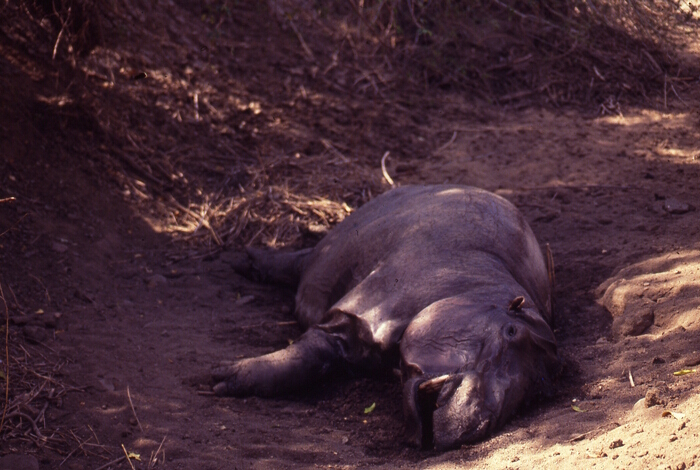 Like with all wildlife the first to die in a drought situation are the very young and the very old. An older hippo has worn-down back molars – the teeth used to chew food. And as older hippos cannot break down food so easily, in times of drought there is no soft, fresh grass, only coarse, dry grass that is hard for the older animal to digest.