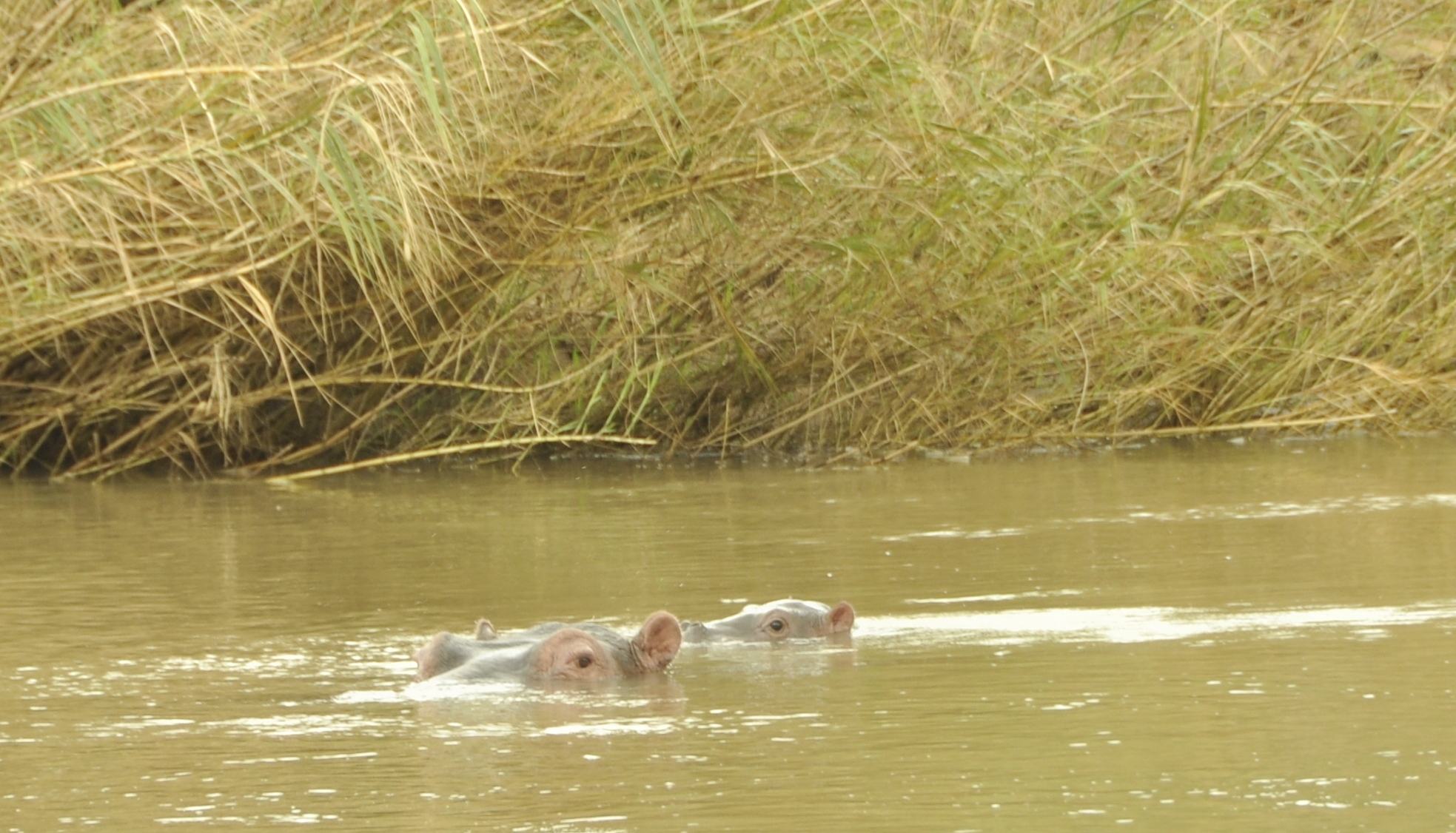 Relief has given birth to her first calf.  I last saw her on January 21st without a baby then the Turgwe River came up in flood and all of the hippos moved to quieter areas.  The game scouts found on the 10th February just one kilometer upstream from Hippo Haven the tracks of a female with a new born calf.  On checking the tracks I believed the calf to be perhaps two to three weeks of age. 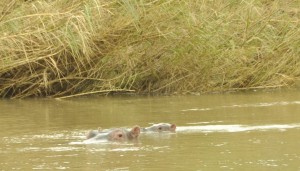 Relief and her new baby

Today February 16th we found Relief with the new baby.  She is now living in a pool in the river called the Measuring pool, which is  just under two kilometers downstream from Hippo Haven. 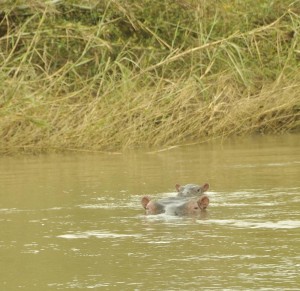 Relief and her first baby

Amazingly she was relatively calm with me as I talked to her.

Relief is the daughter of Cheeky and she had a very harsh upbringing when she was tiny which involved a poacher.  I have written about this in my book “A Hippo Love Story” which will come out in June of this year with Penguin, South Africa. 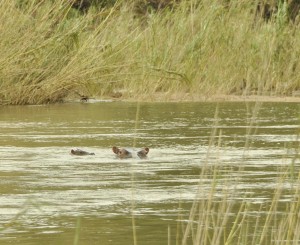 Relief then left her mother Cheeky and lived for a while with a young male called Bobin and then both of them moved away from this area. For the last two years I have not seen her.  Then in January 2013 she came back to live with her mother Cheeky and younger brother Banky as well as the rest of Robin the bull’s family.

She was very aggressive, assertive, charging at me or at other hippos.  Also dung scattering which not many females actually do and in general was quite afraid of humans.  Today not only was she with her calf of perhaps two maybe three weeks of age but she was not afraid of me.  She allowed me to get within fifty feet of her and take photos and video.  The calf is dark skinned so I believe that Robin is probably the father, although Relief’s grandmother was the wonderful cantankerous Blackface hippo.

So what a great way to start the new year with a new baby hippo. 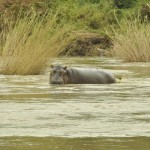 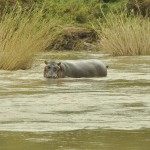 Relief aware of me and dung scattering 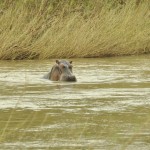 Relief alone in the Turgwe river