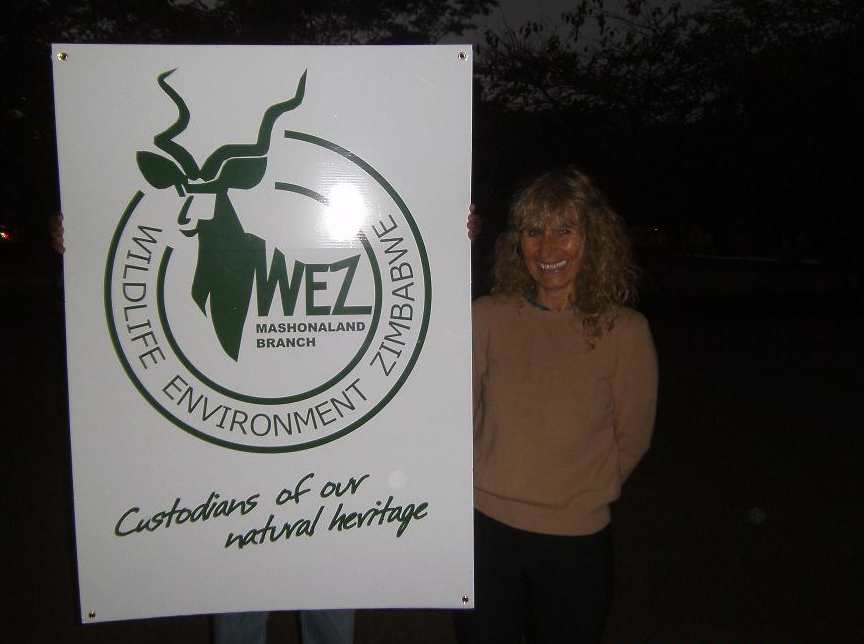 My first book launch has just happened in Harare, Zimbabwe at the Mukuvusi Woodlands. The Wildlife & Environment Zimbabwe [WEZ] (Mashonaland Branch)  kindly organised the event, asking me to do a hippo presentation and then sell and sign copies of my book “A Hippo Love Story”. 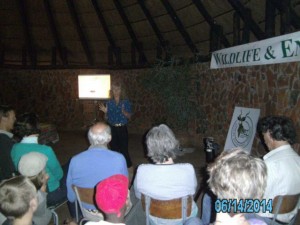 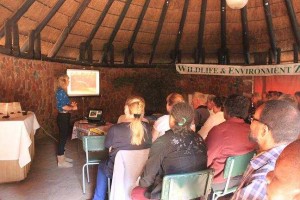 81 people including staff of WEZ and committee members attended the event and I sold all the books that I took along with me.  I had never spoken about the hippos at a public event for Zimbabweans.  The talks that I have been invited to previously have always been in the UK, and once at the German Embassy in Harare. 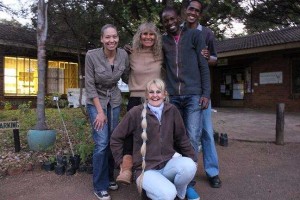 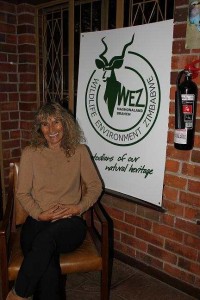 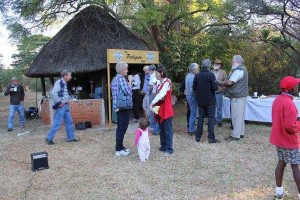 WEZ had laid on a Marimba group to welcome everybody and organized tea and snacks as it was an afternoon event.  I had a queue of book buyers for over an hour after the event and was told by everybody how much they had enjoyed the presentation. 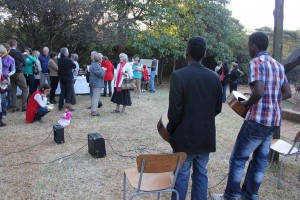 I am adding just a couple of video clips of the event for you to get an idea of how it went.

We were honoured to have the former-director of National Parks Dr Willie Nduku as well as Dr Chris Magadza and Dr. Portia Chifamba who attended my presentation. Dr Portia Chifamba kindly introduced me to the audience.  We were also privileged to have 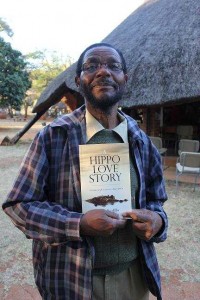 the French Ambassador attending the talk and he hope to visit the hippos in the not too distant future.

I was extremely spoilt with three gifts given to me, one from a lovely girl Siobhan Black and her daughter Willow who I had met three years ago at the Turgwe Hippo Trust.  She had come along to meet the hippos and we had got on very well. One of our discussions having been about Yoga, to my amazement the gift was the book on Yoga that we had spoken about years ago, plus from Willow a beautiful hippo ornament, that now has pride of place on my book shelf. 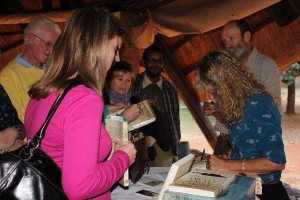 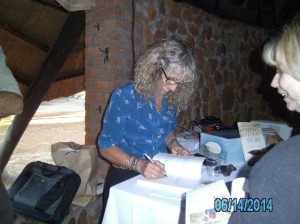 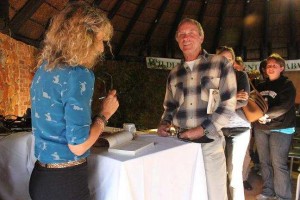 Helen Caps and her sister Jacquie Nell, who had just stayed with us at the Trust as Helen is an English hippo parent of Banky, were also at the talk.  They spoilt both Jean-Roger and I with a gift of solar lights for our house and Belgium chocolates; guess who is eating all of those! Yes, I admit it, I am a chocoholic.

The last gift was presented to me by Dr Chris Magadza, who has a wonderful sense of humor and a British accent on a par with British Royalty.  The gift was a thank you from WEZ for giving the talk: A framed picture by the Zimbabwe artist Eric Forlee and postcards of one of Zimbabwe’s beautiful birds, The Paradise Flycatcher, as well as a nice WEZ coffee mug.  So I was thoroughly spoilt.

Jean-Roger was told by all that his wife’s presentation was fantastic. He had two people, both in their late seventies, tell him that it was the best presentation they had ever been to, and they both had attended hundreds in their lifetimes.  So I was floating on cloud nine that all had enjoyed my talk. 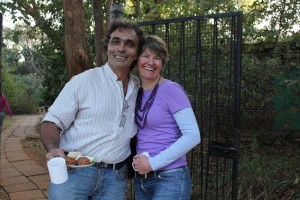 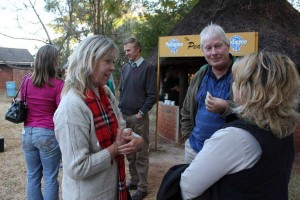 I would like to give a big thank you to Tinashe Goronga committee member and Elton for setting up the event and for Lauren for organizing it all.  A special thank you to Renee Lopes who asked me to give this presentation a couple of years ago and finally got me to commit.

So here are a few photos of the event, kindly provided by Lauren and Renée as well as the small video, which just gives you a little taste of what I had to say to everyone.

Love to everyone Karen and the hippos.