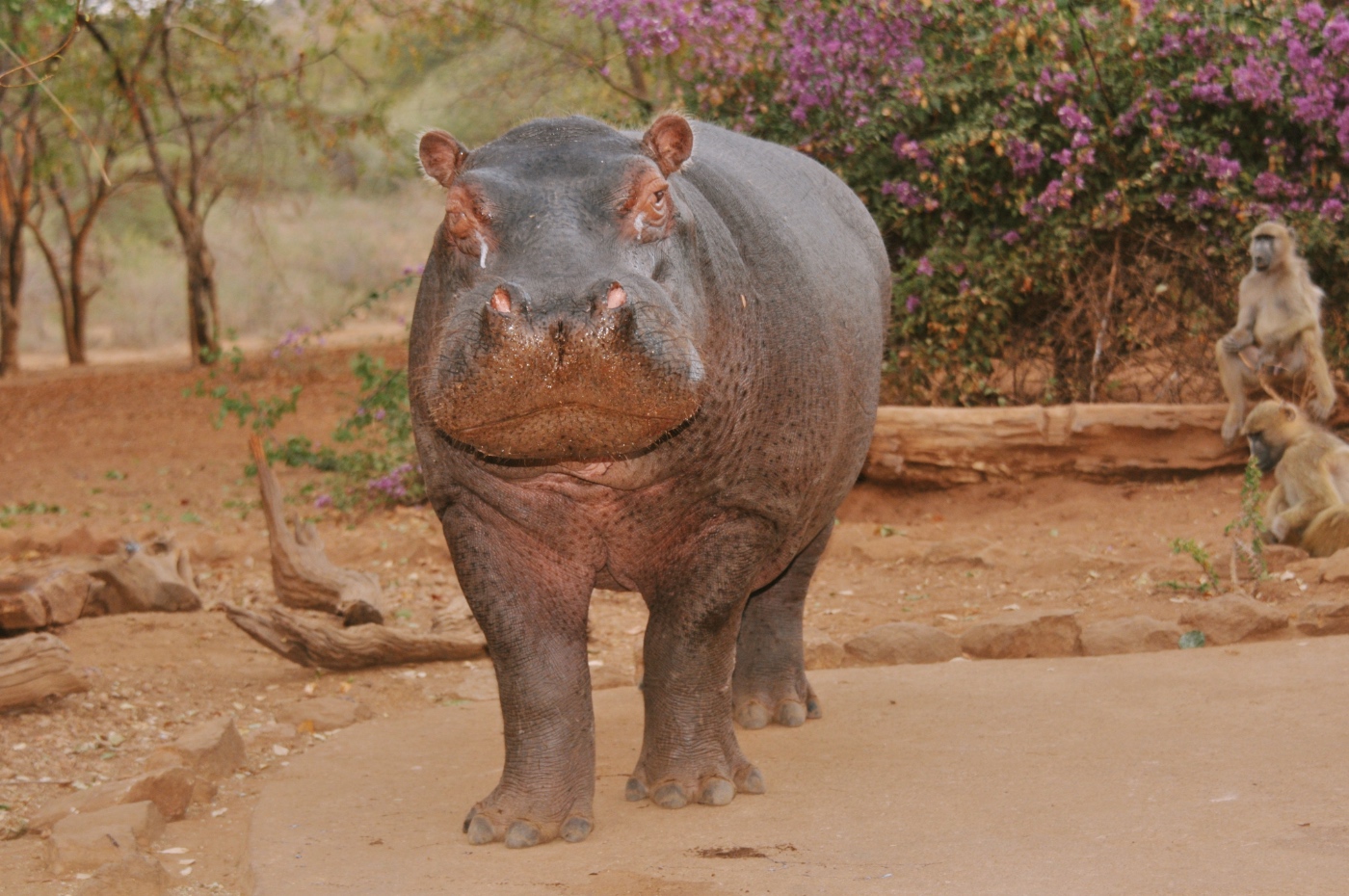 Steve hippo is quite the media star !

He has proved to be the cleverest young male hippo that has  been studied by Karen.

All young male hippos get chased away from their family pod from as  early as two and a  half years of age. It is normally their own mother who will attack them and chase them away once she is  pregnant again.  It is  a harsh way for a male to be weaned but as they later have to  be able to find their own territory and family, it is all part of hippo behavior. Sadly some males even get killed, either accidently or on purpose, occasionally by another female with a male calf, or by the dominant bull.

In Steve’s case he is the first male calf out of 30 male calves born since 1990, who when weaned found the Paolillo’s house.  He started initially coming at night and eating their small lawn, but then found that at the back door two wild bush pigs and several subservient baboons get food each night.

So he helped himself. He has become a permanent evening visitor and not only feeds at the back door but then goes to sleep just close to it in the back yard.

Either lying by a bouganvillia bush or by a small mound of earth which is part of a flower bed.  He often stays at the house from late afternoon around 5pm up to midnight and sometimes later and is safe there from the other hippos, and there is less chance of a lion attack if he stays around humans.

← Prev: Max with Friends Next: Steve and his New Friends →