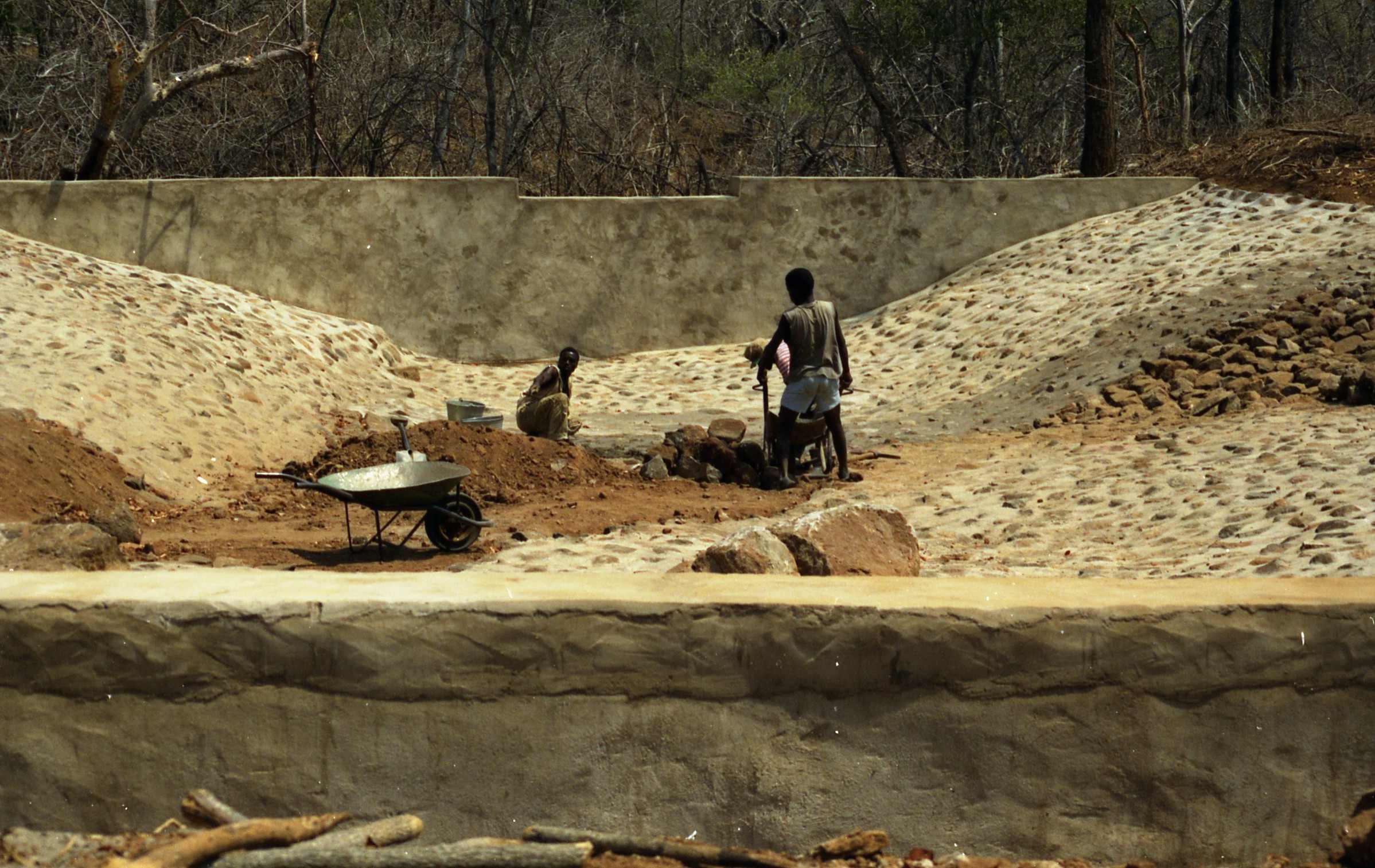 What have a young English schoolgirl and a lady living in the middle of the African bush got in common?

The love of hippos- those great big lumbering animals that spend most of their lives under water.

Karen Paolillo, the lady living in the bush, is carrying out extensive research into the behaviour of hippos, so one-day questions like this will be answered. The purpose of the study is to help protect hippos. Karen believes that with people taking over more land, droughts and pollution in rivers and dams, the survival of the hippo is at risk. In the last decade hippo numbers have declined dramatically, especially in West and Central Africa. The hippo population of the Zimbabwe Lowveld, Karen’s home, once numbered over 2,000.

After the terrible droughts of 1983/84 and 1991/92, only about 350 remain. Karen and her husband, Jean-Roger, were living in an area that has since become the Save Valley Conservancy–the largest privately owned wildlife reserve in the world–when the 1991/92 drought struck, the worst in living memory. Like many others, Karen and Jean-Roger worked hard to feed the dying animals, using their own income and raising money to get food and water to the area. Karen rescued the last 13 hippos in the Turgwe River, a river that dried up completely–leaving the water-loving giants completely destitute.With funding from a British animal charity, Care for the Wild International, she and her husband built a cement and masonry pan, filled with water from a borehole fed by a 16km – long pipeline. Not only were the hippos saved, but also five calves were born in 1993 and the hippos have bred every year since. 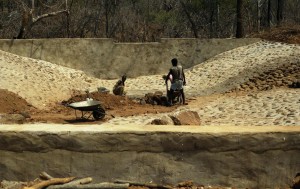 So what does a young schoolgirl in England “Anita Bulusu” have to do with all of this? Hearing of the plight of the hippo and Karen and Jean-Roger’s total commitment to them, she raised money by holding a  music concert at her school. This now means that Jean-Roger is busy laying piping to a borehole, and he holds down a very busy job as a geologist at the same time! All they need now is funds for pump equipment.

Life in the bush spent observing hippos might sound glamorous, but the harsh realities of living without luxuries like running water, electricity or a flushing toilet can become tiresome. But to Karen it is all part of ensuring hippos are here to stay. Walking at least 10km a day, in very high temperatures most of the year, she is studying the behavioural patterns of two groups of hippos–not so much fun when you have been bitten by a violin spider, and there is no contact with the outside world, and you have to get to a doctor in a serious hurry. We are pleased to say Karen’s recent limping days are over and is back on top form.

A thought with CITES (Convention on International Trade of Endangered Species) coming up – many are most concerned about the future of the elephant. What about the future of the hippo? Before the elephant ivory ban in 1988, sales of hippo ivory stood at 5 640lb. In 1991, after the ban, they increased to 30 100lbs. Who’s poaching our hippo? Karen has established the Turgwe Hippo Trust and an adopt a hippo project to enable funds to be raised to help the hippos.